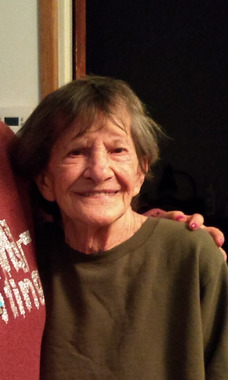 Back to Virginia's story

Virginia Martha Ward, 79, of Fairview, passed away at her residence on Thursday, February 06, 2020. She was born on October 21, 1940, in Logan, a daughter of the late Elzie E. Ward and Martha M. Vanhoose.
Virginia was a registered nurse in Logan. She loved to camp and watch TV, especially the Weather Channel, Lifetime, and A&E. She was a devout member of the Fairview Church of Christ.
She is survived by her sons: Donald Stemple Jr. and wife Amy, of Pine Bluff, and Samuel and James Ray, both of Logan; brother, Bill Ward; stepdaughter, Helen Moore and husband Jim, of Fairview; stepsons, Doug Stemple and John Stemple, both of Farmington; as well as 14 grandchildren and 18 great-grandchildren.
In addition to her parents, she was preceded in death by husbands, Henry Ray and Donald D. Stemple; daughter, Gloria Dean Ray; brothers, Elzie Ward Jr. and James Henry Ward; half-brother, Frank Sumpter; sisters, Mary Evelyn Ward, Wanda Lou Ward, and Goldie Mae Ward; two twin sisters; two daughters-in-law, Sandy Ray and Marie Ray; stepson, Donald Lewis Stemple; stepdaughter, Patricia Jackson; and step-grandsons, Tony Moore and Mark Stemple.
A graveside service will take place at Clermont Cemetery on Thursday, February 13, 2020, at 11:00 a.m., with Pastor Peter Ray Cole officiating. Carpenter and Ford Funeral Home is honored in being trusted with all arrangements.
Condolences and memories may shared with the family online at www.carpenterandford.com.
Published on February 10, 2020
To send flowers to the family of Virginia Martha Ward, please visit Tribute Store.

Send flowers
in memory of Virginia

A place to share condolences and memories.
The guestbook expires on May 10, 2020.