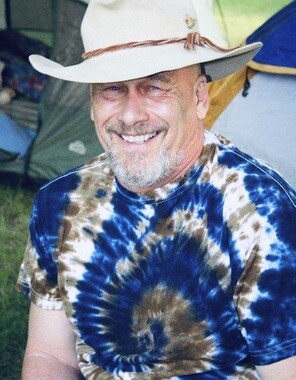 Back to Stuart's story

Mr. Stuart Allen Bunner, 63 years of age passed away at West Virginia University Hospitals, Ruby Memorial in Morgantown, WV on Friday, January 17, 2020. He was born May 26, 1956, the son of the late Charles Kacy and Vera Lou Jacobs Bunner.
He is survived by a son Mitchell Bunner of Morgantown, WV; two daughters Jessica Ross and her husband Justin of Fairmont, WV and Sierra Stingo and her husband Dakota of Fairmont, WV; two grandchildren Eian Ross and Willow Stingo; his former spouse and friend Christine Bunner and three brothers Bucky Bunner and his wife Miriam of Richmond, IN, Randy Bunner of Fairmont, WV and Terry Bunner and his wife Pam of Fairmont, WV
Stuart was the owner of Palatine Communications. His passion in business was to help those in need and the Special Olympics community. He produced benefit fundraisers for these groups and got the support and participation of musical talents including Aaron Tippin and professional athletes from the Pittsburgh Steelers, Pittsburgh Pirates, San Francisco 49ers and the Oakland Raiders. His generosity brought a lot of smiles to a lot of faces.
He was a 1974 graduate of East Fairmont High School and was a member of the Bee football team. He was blessed with athletic talent and started varsity for three years. He loved being around water and with his free spirit he would entertain his family and friends with backflips off the falls at Fortney Mills. Later in life, he started playing golf. He was a member of Greenhills Country Club and with his friends he was part of many great golfing stories.
Those that knew Stuart will never forget him. His smile, free spirit and love for his family will be remembered.
The family is going to have a Celebration of Life service at Valley Falls State Park at a later date.
Condolences may be extended to the family at www.fordfuneralhomes.com.
The Bunner family has entrusted the care and arrangements to the Ford Funeral Home, 201 Columbia street
Published on January 18, 2020
To plant a tree in memory of Stuart Allen Bunner, please visit Tribute Store.

Plant a tree in memory
of Stuart

A place to share condolences and memories.
The guestbook expires on April 17, 2020. 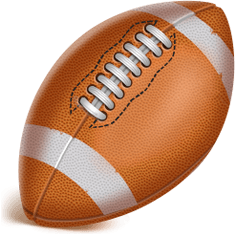 Stuart was one of all the cousins born close together in the Gates/Bunner Family. I have so many memories of growing up with Stuart and his brothers. He and I, also went to high school and graduated together. He was an amazing, loving, extremely fun person. Love you, Stu. ❤️🕊

Dennis ODell
My Heartfelt Thoughts and prayers to the family. I have many wonderful childhood memories of growing up with Stuart and his family. He will be missed.
Angie Poe and family
Our condolences to your family. Our thoughts and prayers are with you during this trying time.
James and Vickie Poe
Condolences to the family! So sorry we didn't get to know him better because if he was anything like Sierra, he was a terrific fella! Blessings to all the family!
John Sedera
Rest in peace, my high school wresting teammate.
John
PETE MENONCHICK CLAS OF 1974
SORRY FOR YOUR LOST, HE WAS AGREAT PERSON!
View all