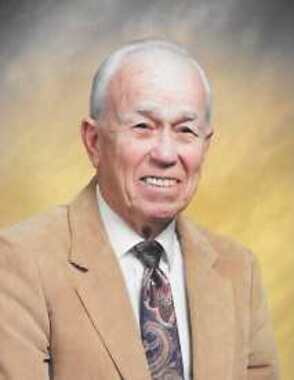 Back to Rufus's story

Rufus Engle Heck, 94, of Fairmont, passed away on January 11, 2020 with his family by his side. He was born in Fairmont, WV on October 2, 1925, a son of the late Thomas and Flossie Brownlee Heck. Rufus was preceded in death by his loving wife of 46 years, Norma Morrison Heck.
Rufus is survived by his sons, Tom Heck (Carole) of Baxter, Jim Heck of Fairmont, and his daughter Sharon Mills (Rod) of Fairmont; 8 grandchildren who called him "Pap Pap", Sarah (Michael) Heck Deasy, Jennifer (Nick) Mills Sandoval, Autumn (James) Heck Wikle, David Heck, Zachary Heck, Stephanie (Tyler) Mills McCutchan, Daniel Heck, Jason Mills; and three great grandchildren, Temperance Wikle, Addalynn Sandoval and Lydia McCutchan; one brother Keith (Velva) Heck; and several nieces and nephews.
In addition to his wife and parents, he was preceded in death by two brothers, Edwin Heck and Erwin Heck and two sisters, Mary Toothman and Jessie Clem; and a daughter-in-law, Becky Cupp Heck.
Rufus retired from Monongahela Power Company in March 1986 after working 37 years for the company. He served in the United States Army, 1133rd Corp of Engineers during World War II. He was a graduate of Barrackville High School and attended Fairmont State College. Rufus was a Baptist by faith. In his free time, he loved to garden, work in his yard, hunt, RV camp and spend time with his family. He especially adored his great grandchildren and holding or playing with them.
The family would like to thank the staff of Harmony Square and WV Caring Hospice.
In lieu of flowers, the family requests donations be made to the Marion County Humane Society, PO Box 905, Fairmont, WV 26555.
The family will receive friends at Ford Funeral Home, 201 Columbia St., Fairmont, WV 26554, on Wednesday, January 15, 2020, from 4 p.m. until 8 p.m. and on Thursday, January 16, 2020, from 10 a.m. until 11 a.m. The funeral service will be held in the funeral home on Thursday, January 16, 2020, at 11 a.m. A committal service will follow at Rest Haven Memorial Gardens in Fairmont with full military rites conducted by the Marion County Veteran's Council. Online condolences may be made to the family at www.fordfuneralhomes.com.
Published on January 12, 2020
To send flowers to the family of Rufus Engle Heck, please visit Tribute Store.

Send flowers
in memory of Rufus

A place to share condolences and memories.
The guestbook expires on April 11, 2020.

Ruth andDave
Sharon Rod & family,
We love you all very much and are praying for you. Our deepest sympathy for the loss of your dear father.
Keith and Velvs
Prayers and love for the family.
Debra Layman
Tom Carole and Family. Extending our deepest sympathy to you during this time. Our prayers and blessings are with you. The Layman Family
View all