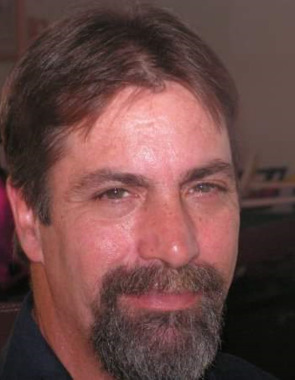 Back to Randy's story

Randy J. Nuss, age 58, entered into his eternal life on Monday, November 25, 2019 at his home after losing a courageous battle with cancer. He was born September 21, 1961 in Mitchell, South Dakota. He was known to always lend a helping hand without ever expecting anything in return. He always knew how to bring a smile to anyone's face. His sense of humor will definitely be missed.

He is the son of the late Darwin and Shirley Nuss. Also preceding him in death was his brother Tim Nuss and his paternal and maternal grandparents.

Left behind to carry on Randy's memory is his loving companion of 19 years, Faithe Ann Imes, one son, DJ (Rhonda) Robinson, and two daughters, Hope (Paul) Hibbs and Shawna Hayes. Also surviving are his most prized treasures, his grandchildren, Chase and Harley Robinson, DJ Nicholas, Haylee, Haden and Griffith Hayes, and Ethan Goudy.

Randy is also survived by two sisters, Lisa (Glen) Weber and Stephanie (Steven) Dirkes, both of South Dakota; one brother, Jeff Nuss of Texas; and numerous aunts, uncles, nieces and nephews. His canine companion, Molly, will also miss him dearly.

In keeping with Randy's wishes, his body will be cremated and a memorial services will be held at a later date. Masters Funeral Home in Mannington, WV has been placed in care of the final arrangements. On-line condolences may be left for the family at www.mastersfuneralhomewv.com as well as the funeral home facebook page.
Published on November 30, 2019
To plant a tree in memory of Randy J. Nuss, please visit Tribute Store.

Plant a tree in memory
of Randy

A place to share condolences and memories.
The guestbook expires on February 28, 2020.