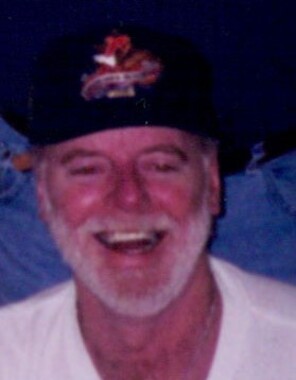 Back to Philip's story

After graduating high school, Philip went on to proudly serve his country in the United States Navy. He was a coal miner by trade. He was a member of the TKE Fraternity and VFW Post 7048.

In addition to his parents, he was preceded in death by brother, John C. Ice Sr.; nephew, Randy Ice Jr.; and niece, Natasha Ice.
In lieu of flowers, the family requests that donations be made to The Wounded Warrior Project, PO Box 758517, Topeka, Kansas 66675-8517.

Family and friends are welcome to call at Carpenter and Ford Funeral Home, 209 Merchant St., Fairmont, on Thursday from 2 p.m. - 8 p.m. and on Friday, January 17, 2020, from 10 a.m. until the service at 11:00 a.m., at the funeral home, with Pastor Stephanie Bennett officiating. Interment will follow at West Virginia National Cemetery in Pruntytown, with Full Military Honors provided by the United States Navy and the Marion County Veteran's Honor Guard Council.

Condolences and memories may be shared with the family online at www.carpenterandford.com.
Published on January 14, 2020
To send flowers to the family of Philip Leon Ice, please visit Tribute Store.

Send flowers
in memory of Philip

A place to share condolences and memories.
The guestbook expires on April 13, 2020.

Mike Morgan
Phil was a great friend during my time at Barrackville. He will be missed. My condolences to his brothers and the rest of Phil's family.
Bob Kann

Doug I am very sorry to hear about your brother Phil. May the LORD Bless you and your family in this time of Sorrow and Pain.