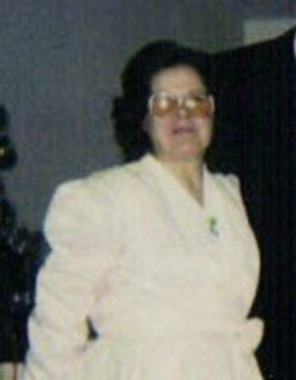 Back to Mary's story

Mary Louise McCoy 74, of Fairmont, passed away on Monday, November 4, 2019, at her residence, surrounded by her family. She was born on July 19, 1945 in Fairmont; a daughter of the late William Stewart and Gertrude (Nestor) Stewart.

Mary was Christian by faith; she was a member of the Fairmont Moose. She loved cooking, and spending time with family. Mary was an avid bowler with the Marion County mixed league. Mary also enjoyed playing bingo.

In addition to her parents, she was preceded in death her husband, Arlos Anderson McCoy, Sr., who died on November 2001; her son, Arlos A. McCoy, Jr.; three brothers, Roy L. Stewart, William J. Stewart and Earl Stewart; her brother and sister-in-law, Fran McCoy and Argyle McCoy; her brother-in-law, Robert Delligatti; her sister-in-law, Mary McCoy.

In lieu of flowers, memorial contribution may be made to the funeral home to help with funeral expenses.

Family and friends are welcome to call at Carpenter and Ford Funeral Home, 209 Merchant St., Fairmont, on Saturday, November 9, 2019 from 10:00 am until the time of the funeral service at 1:00 pm with Pastor Jim Zinn officiating. Interment will follow at Barrackville Cemetery.

Condolences and memories may be shared with the family online at www.carpenterandford.com.
Published on November 7, 2019
To plant a tree in memory of Mary Louise McCoy, please visit Tribute Store.

Plant a tree in memory
of Mary

A place to share condolences and memories.
The guestbook expires on February 05, 2020.

PETE
SO SORRY FOR YOUR LOSS. GREAT LADY
Victoria LeFils
I have so many fond childhood memories of Uncle Arlos and Aunt Mary. They were two of my favorite people. They are missed here on earth and I am sure they are happy to be together again in heaven. Much love to all of you.
View all