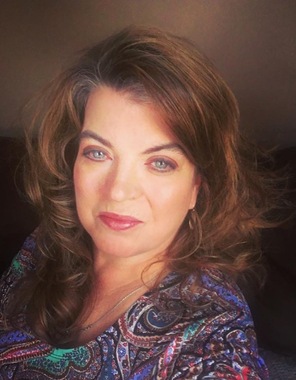 Back to Martha's story

Martha Hawkins, 55, of Fairmont died January 5, 2020 at her sister's home in Morgantown after a courageous battle with breast cancer. She was born on December 15,1964 in Marlinton, WV.
Martha, affectionately known as Moo, is survived by her mother, Virginia Martha Hawkins of Fairmont, her siblings, Kim (Eric) Archer of Ohio; Barbara (Jim) King of Pennsylvania; Tom Hawkins of Hawaii; and her twin sister and primary caregiver, T. Anne Hawkins of Morgantown. She is predeceased by her infant son, Matthew, brother, Kevin Meredith, step-father, Ralph Raspa, and grandparents, John and Virginia Skormisley and T. Ralph and Lucille Hawkins, Sr.
Martha's extended family included Mary Wimmer of Morgantown, Cecilia and Ralph Raspa of Fairmont, and Tracy Buhrman of Florida. Martha adored her nieces and nephews, C'Anna (Shaun) Brown, Ben Wimer Hawkins, and Jenni and Shannon (Caycee) Archer. She was very sad to miss the opportunity to watch her great nieces, Savannah and Blake grow up. Lucy, Martha's beloved dog, was with her until the very end.
A 1983 East Fairmont High School graduate, Martha graduated in 1989 from Fairmont State College, where she was a proud member of the Alpha Kappa Chapter of the Sigma Sigma Sigma Sorority. She completed a Masters of Social Work at West Virginia University in 1996.
Martha reluctantly left her thirty-year career in social work due to her declining health in November 2019. Many families were forever changed by the gift of adoption because of Martha's work with Burlington United Methodist. She was also extremely proud of her work at Pressley Ridge, and her role helping adolescents and those struggling with opioid addiction. Martha worked diligently to create an intensive outpatient program for those with substance use disorders at the Grafton City Hospital while fighting cancer herself (even advocating for patients while she was receiving chemo).
Martha loved concerts, cooking, crafts, festivals, WVU sports, and making her beautiful wreaths, which she sold through her business, Moo's Makings. She also really loved her friends, The Muffins, a group of women with whom she shared an amazing bond of love, support, and laughter. The Muffins feel they have lost the heart of their group with Martha's passing, but will honor her memory by staying close and continuing to uplift one another as she wanted. Moo's family and close friends will miss her generosity of spirit, passion for life, courage in a fight, ability to help others, and especially her sauce and meatballs.
Martha and her family ask that a special thank you be extended to her team of caregivers, her aunt, Becky Skormisley of Fairmont; cousin, Jeanne Howell of Morgantown; the amazing staff at the WVU Cancer Center including Stephanie Rae Kennedy, Cortney Montgomery, and Dr. Adham Salkeni; members of the WVU Nursing faculty; Martha's hospice nursing staff, Anita Faulk and April Tennant; and the many dog walkers who cared for Lucy.
Martha's Aunt, Helen Skormisely, CSJ will officiate a funeral service scheduled for 6:00 pm on Friday, January 10 at the Ford Funeral Home, 201 Columbia St., Fairmont with visitation starting at 11A.M.. Flowers are welcomed and donations can be made to WV Caring Hospice - https://wvcaring.org. Online condolences may be made to www.fordfuneralhomes.com.
Published on January 6, 2020
To plant a tree in memory of Martha Hawkins, please visit Tribute Store.

Plant a tree in memory
of Martha

A place to share condolences and memories.
The guestbook expires on April 05, 2020.

Scope Jarrett
I met Martha while working with the Fairmont Jaycees back in the 90's and we have remained friends ever since. Martha was a gentle soul that sincerely cared for her fellow human beings. That is something that we can all learn from her. Rest In Peace Moo, we will miss you.
Shirley Zackery & Russell Buda
Martha: We are so very sorry for your loss. We want you to know you are in our prayers & we are here for you & your family.
Nancy McKinley Watkins
To Martha, Mother of Martha, & Anne Hawkins ...I am so sorry that Martha lost her well fought/courageous Battle ... Please know that I Care ❗
Jane Christie Riggs
Dear Martha ,mother of Martha .I am so deeply sorry to hear of your daughters passing.
You and your family are in my prayers.
Sending my love . JaneChristie Riggs
Your friend always
Linda L. Gandy

Please accept my deepest condolences. My Prayers are with you. Blessings to all and may you know I love you.

Johnny Mozuke
I am sorry to hear of Martha's passing. My thoughts are with her family and friends during this difficult time. Rest in Peace Martha.
View all