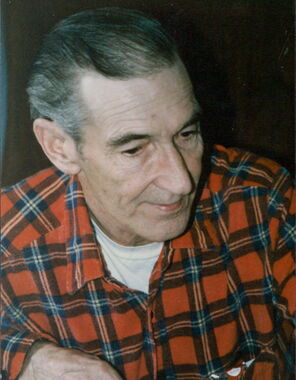 Back to Earl's story

Earl Denford "Denny" Sanders, 89, of Fairmont, passed away at his residence on Sunday, December 08, 2019. He was born on February 27, 1930, in Fairmont, a son of the late Lawrence Dennis Sanders and Cordia Bell (Hannah) Sanders.

Denny proudly served his country in the United States Air Force, and later retired from the railroad. He will be remembered for his love of gardening, farming, as well as going to and watching car races, but most of all, for the love of his family and friends. He was a member of the Pleasant Hill Church of the Brethren.

In addition to his parents, he was preceded in death by his devoted wife of 57 years, Okareda Mary (Neel) Sanders.

He was also preceded in death by son, Mark Randall Sanders; and brother, William Keith Sanders.

Family and friends are welcome to call at Carpenter and Ford Funeral Home, 209 Merchant St., Fairmont, on Tuesday from 2 p.m. - 8p.m., and on Wednesday from 10 a.m. until the service on Wednesday, December 11, 2019 at 11:00 a.m., at the funeral home, with Pastor Lonnie Fast officiating. Interment will follow at Nuzum Cemetery will Full Military Honors conducted by the United States Air Force and the Marion County Veterans Council Honor Guard.

Condolences and memories may be shared with the family online at www.carpenterandford.com.
Published on December 8, 2019
To plant a tree in memory of Earl Denford Sanders, please visit Tribute Store.

Plant a tree in memory
of Earl

A place to share condolences and memories.
The guestbook expires on March 07, 2020.

Roger and Linda Saurborn
So sorry for your loss. Prayers to all of the family.
View all