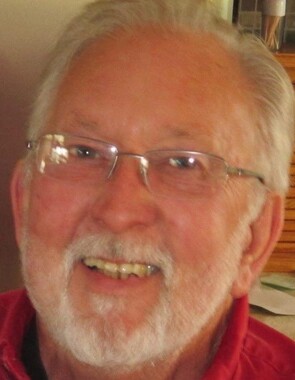 Back to Charles's story

Charles Richard McDaniel, 72, of Fairmont, passed away on Monday, February 10, 2020, at the Broward Health Medical Center in Ft. Lauderdale, Florida. He was born on September 21, 1947, in Grafton, a son of the late Thomas McDaniel Jr. and Daisy (Huffman) McDaniel.

After graduating Newburg High School in 1965, Charles went on to be a Heavy Equipment Operator for Patriot Mining Company. He loved country music and was the lead singer and guitarist for several country bands; he especially cherished playing music with his family. He enjoyed WVU sports, particularly football and basketball. He was a Christian and had attended the Methodist church.

He is survived by his loving wife of 21 years, Jeanie (Morris) McDaniel. The couple married on October 13, 1998.

In addition to his parents, he was preceded in death by his brother and best friend, Roger McDaniel and sister-in-law, Janet McDaniel; and granddaughter, Madeline.

Family and friends are welcome to call at Carpenter and Ford Funeral Home, 209 Merchant St., Fairmont, on Sunday from 1 p.m. - 8 p.m. and on Monday, February 17, 2020, from 10 a.m. until the service at 11:00 a.m., at the funeral home, with Reverend Orville Wright officiating. Interment will follow at McCurdysville Cemetery.

Condolences and memories may be shared with the family online at www.carpenterandford.com.
Published on February 13, 2020
To send flowers to the family of Charles Richard McDaniel, please visit Tribute Store.

Send flowers
in memory of Charles

A place to share condolences and memories.
The guestbook expires on May 13, 2020.

Karen Tennant Bartolina
Sorry for your loss. I will be praying for comfort and peace for your family.
View all