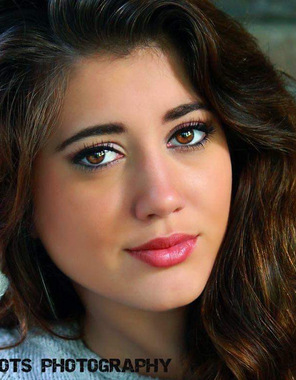 Back to Alexis's story

Alexis Renee Eddy, age 23 of Mannington, WV passed away on Thursday, January 9, 2020. She was born March 28, 1996 at Morgantown, WV, the daughter of Denny and Leanna Efaw of Mannington and Todd Eddy of Brave, PA.
In addition to her parents, Alexis is survived by her four sisters, Aeriss Efaw of Mannington, Teassa Eddy of Reston, VA, Taylor Eddy and Bree Lewis of Clarksville, PA; her maternal grandmother Renee Shock McClure, paternal grandmother Esther Efaw, and paternal grandfather Curt Eddy; uncles Todd Freeland, Chris Freeland, Scott Freeland, Mark (Deronda) Efaw, David (Renee) Efaw, and Greg Eddy; aunts Kris (Reese Cup) Bates, Shari (Aaron) Smith, and Tara (Jim) Clendenin. She is also survived by her cousin and best friend Shelia Eddy along with several cousins and her god-parents Lenny and Katy Stafford.
Alexis was preceded in death by her maternal grandfathers, Larry Efaw and Jerl "Cud" Freeland, and her paternal grandfather, Jerry Efaw, and maternal grandmother Shelia Eddy.
"Lexi" was a 2014 North Marion High School graduate and prom queen. She loved animals and children. She was a sweet and gentle soul that lit up any room she entered with her radiant smile. She didn't know a stranger and made everyone around her feel important. Lexi was the sun and the moon and the stars.
Family and friends may call at Masters Funeral Home, 209 Main St., Mannington, WV on Sunday, January 12, 2020 from 2-9 p.m. with Vigil rites taking place at 8 p.m. as well as a visitation from 9-10:45 a.m. on Monday, January 13, 2020. Catholic funeral liturgy will be held at St. Patrick's Catholic Church in Mannington at 11 a.m. with Father Vincy Illeckal presiding. Burial will follow at Mannington Memorial Park Cemetery. Online condolences may be left for the family at www.mastersfuneralhomewv.com or the funeral home facebook page.
Published on January 11, 2020
To send flowers to the family of Alexis Renee Eddy, please visit Tribute Store.

Send flowers
in memory of Alexis

A place to share condolences and memories.
The guestbook expires on April 10, 2020.

derFan
Es tut mir so unendlich leid. "Die besten sterben jung" sollte nur sinnbildlich gemeint sein. Ich wünsche allen Angehörigen viel Kraft und ausreichend Zeit um alles gut zu verarbeiten. Liebe und Küsse.
Rosemary Glaspekk
I just learned of this tragedy. I am so sorry for you all. Prayers
Democrat Mills
Todd, I am so very sorry for your loss. My thoughts and prayers are with you and your family at this time. Democrat Mills & Family
Lorrie

I pray for comfort in this tragic time in your life. What a beautiful light Alexis was and will continue to be. She will always be remembered and forever missed. May her sweet soul Rest In Peace.

Shanon
It hurts to see such a bubbly soul leave. May her soul rest in peace.
Ron Mumbray
Please accept my deepest condolences. I am praying for strength and comfort for you and your family at this difficult time.
Lorrie

I’m deeply sorry for her family and friends. Alexis was a beautiful, intelligent, caring, sweet, loving with a huge heart. She will be missed. Fly high, Angel!

Bountiful Rose Basket was purchased for the family of Alexis Renee Eddy by Love, Your MTV Family.  Send flowers

David Michael
Myself and my family are saddened by the passing of Alexis. She was a beautiful girl. May God be with her and her family.
Chris Terry
Hi Denny and family - my mom just called me in CA about your Alexis. I am so very sorry for your loss. I can't imagine the pain you must be going through, so I pray God's presence through the Holy Spirit will be with you all as you grieve. I miss you my friend and will reach out to you on my next visit to Fairmont later this year. My sincerest condolences, Chris
View all